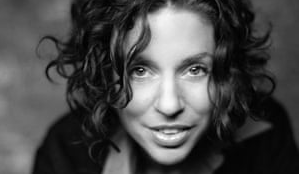 “A memoir as fierce, freewheeling, and passionate as her music.”
—O, the Oprah magazine

No Walls and the Recurring Dream is unapologetic, steadfast, and vulnerable. It’s as if DiFranco has invited you into the living room of her New Orleans home to have a long discussion about how she got to where she is.”
—Associated Press

The New York Times Best Selling book from Section 101 client Ani DiFranco tells the true story of an incredible journey of the singer’s early life. Growing up in Buffalo, NY, in a cabin with no walls, save for the bathroom, Ani became an emancipated minor at age 15, supporting herself with her music (she began writing songs at aged 14). Ani put herself through Buffalo State College and then ended up in New York City where she wrote an album’s worth of songs.

Courted by major labels, Ani instead opted to do her ‘own thing,’ starting Righteous Babe records and putting all her albums out via that avenue. No Walls and the Recurring Dream is an underdog story of fierce determination by a person who has always been true to herself. Combining personal expression, the power of music, feminism, political activism, storytelling, philanthropy, entrepreneurship, and more, DiFranco’s story is riveting. This book has a GOOD READS rating of 4 out of 5 stars.