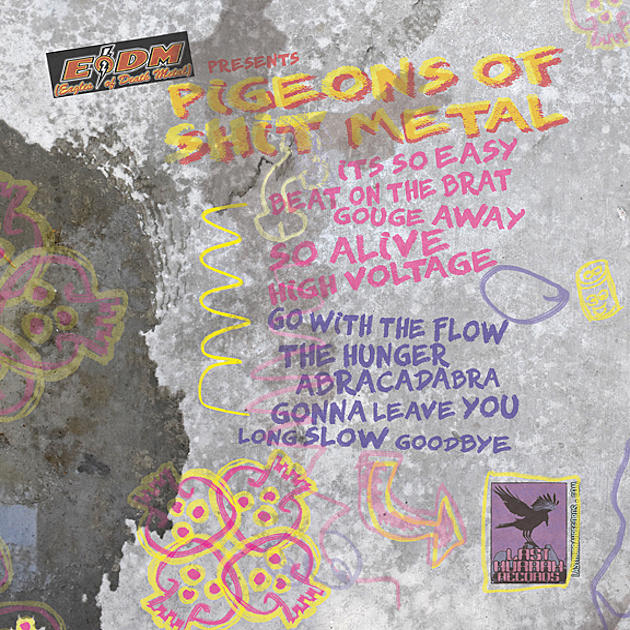 Section 101 clients Eagles of Death Metal have just announced they have a new record coming out (and a sense of humor!).

The band revealed a limited edition (500 copies) vinyl release featuring a set of rock n’ roll covers. The album is entitled “Pigeons of Sh*t Metal,” which is inspired by an insult hurled at the band by Guns N Roses singer Axl Rose. In 2006, when opening for GnR (which was really just Axl at that time), the crowd seemed confused by EODM, so when Axl hit the stage he asked, ““How’d you like the Pigeons Of Shit Metal? Don’t worry, that’s the last show they’re playing with us.”

Sense of humor intact, Eagles of Death Metal covers include Steve Miller’s “Abracadabra,” “Beat on the Brat” by the Ramones, “Gouge Away” from The Pixies, “So Alive” from Love & Rockets and, of course, “It’s So Easy” from Guns N Roses.

The LP, released by Last Hurrah Records, comes in five different colors – black, glow-in-the-dark, neon pink, cyan blue and milky clear with splatter ink. The art work was created by Josh Homme along with a full color inner sleeve with artwork and liner notes. The albums went on sale, and sold out, in the same day.

For more on EODM, visit the band’s website at https://eaglesofdeathmetal.com.