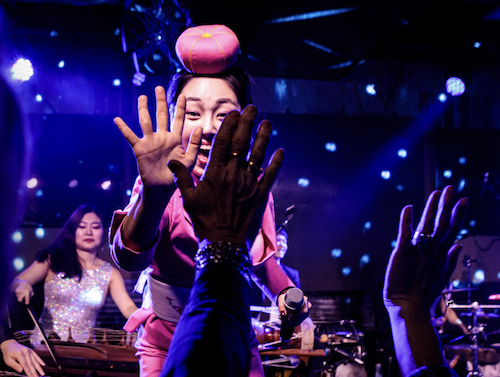 With the pandemic still a concern, globalFEST was unable to host their yearly New York City based music festival, which usually takes place in January. Showcasing the best in World music, the event always sells out well in advance, and is attended by over 1,200 industry professionals, members of the press and music fans. The producers of the 18th annual fest didn’t want to let their supporters down, and as such, globalFEST took place over Zoom on January 29 and 30th, focusing on important issues facing the international music environment. In addition, the live showcases were moved online as a partnership with NPR Music’s Tiny Desk Concert Series.


New York Times reporter Jon Pareles, who covers globalFEST every year, said, “Angélique Kidjo, the singer from Benin who appeared at the first globalFEST, played virtual host in eye-popping outfits; musicians made sure to have at least one globe on camera. The sets were short, just two or three songs each. But Globalfest’s potential audience has been hugely multiplied.”


As globalFEST eloquently posted in advance of the event on their Section 101 powered website, “During this grim period of isolation, we're working very hard to create a compelling and engaging event that allows for a sense of community that the conference is known for. For each session, we are identifying ways to make sure that your voice is heard and connections can be made.”