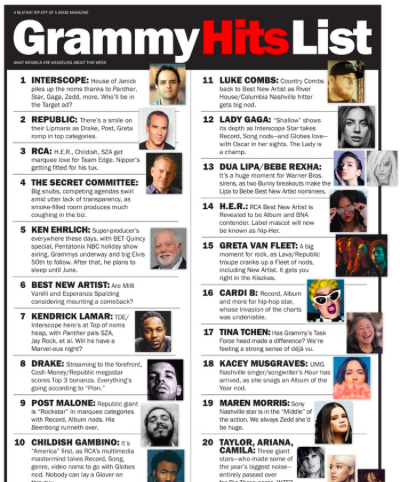 This year, more than any in recent memory, “sure things” weren’t such a sure thing! Of course, HITS website was there the minutes the nominations were announced, full of information and opinions (lots of those). Read their nomination article here.

If you want to keep up with literally everything that will go on between now and the telecast, bookmark the HITs website at https://hitsdailydouble.com.

The 61st annual Grammy Awards will take place on February 10 at the Staples Center in Los Angeles; Dolly Parton will be honored with the MusiCares Person of the Year award.