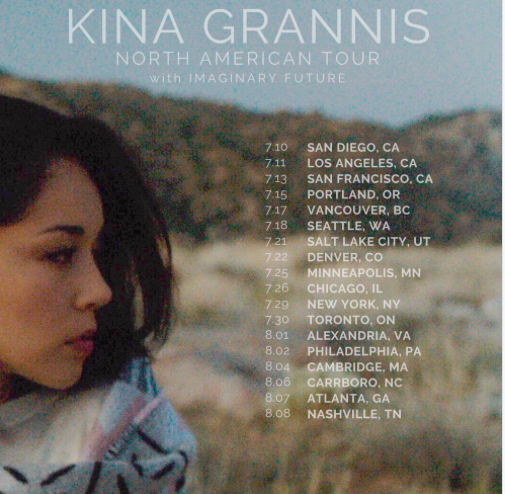 We’ve talked about singer-songwriter Kina Grannis quite a bit on this website – how she won the 2008 Doritos Crash the Super Bowl contest, which led to a recording contract and her music video played during Super Bowl XLII, when her incredible jellybean video for “In Your Arms,” got her on the ELLEN show and garnered her an MTV O Award for Best Web Born Artist and her terrifying account of not being able to leave Indonesia for 100 days in 2015 whilst on tour. Grannis and her crew were told they had broken the law, and the punishment was five years in jail for both her crew and the opening band. After 100 days passed they were fined and allowed to leave the country. Since then, Kina set about processing the harrowing situation, writing songs and setting up a record label. The label, KG Records, got off the ground with crowd sourcing, with Kina reaching out to patrons throughout Patreon and asking them to contribute to the production of the album. Essentially, her audience is her record label.

She has been writing songs for that forthcoming album, the follow-up to 2014’s ELEMENT, which will come out on KG. Kina is about to start a summer tour with Imaginary Future (watch their cute 2013 duet of “I Knew This Would Be Love” here )  from July 10-August 8. A born live performer, Kina recently told LA Weekly, “When I get to go play shows, I feel like I get to connect with everyone in the room in that second.”

See Kina and her band on tour this summer - https://www.kinagrannis.com/tour/