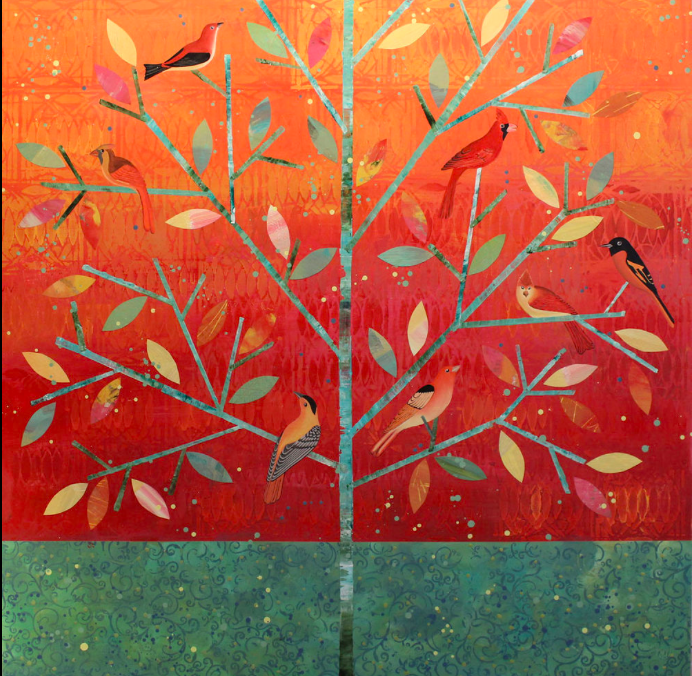 THE WORK OF ARTIST DIANA STETSON

To say Diana Stetson is a unique artist may be an understatement. Her commitment to her art, to the lifestyle she has chosen, and to becoming an advocate for those who don’t always have a voice have made her one of the most respected artists of her kind. She is positive and hopeful, and “imbued with the essence of art.”

One of the ways Diana likes to express herself is with collaboration. Some collaborations include 5 different portraits of The Punch Brothers for the 40th Anniversary of the Telluride Bluegrass Festival, “Memory and Other Objects” with fellow artists John Garrett, Noreen Richards and Margo Geist, which won the prestigious Albuquerque Arts Alliance’s Bravo Award for Excellence in Visual Arts and Diane’s calligraphy work with photographer Francois Le Diascorn and writer Nancy Duncan (funded by the French Ministry of Culture) called Les Animaux Magiques (Magical Animals), which was exhibited in Paris and other French cities for years.

Pasatiempo, an award-winning arts and culture magazine said of Diana, “Stetson’s paintings of songbirds, owls, raptors, and other creatures of the air and the Earth are celebratory and, at times, surreal visions of nature in harmony.”

To learn more about Diana Stetson, and her gorgeous artwork and calligraphy, please visit https://dianastetson.com/