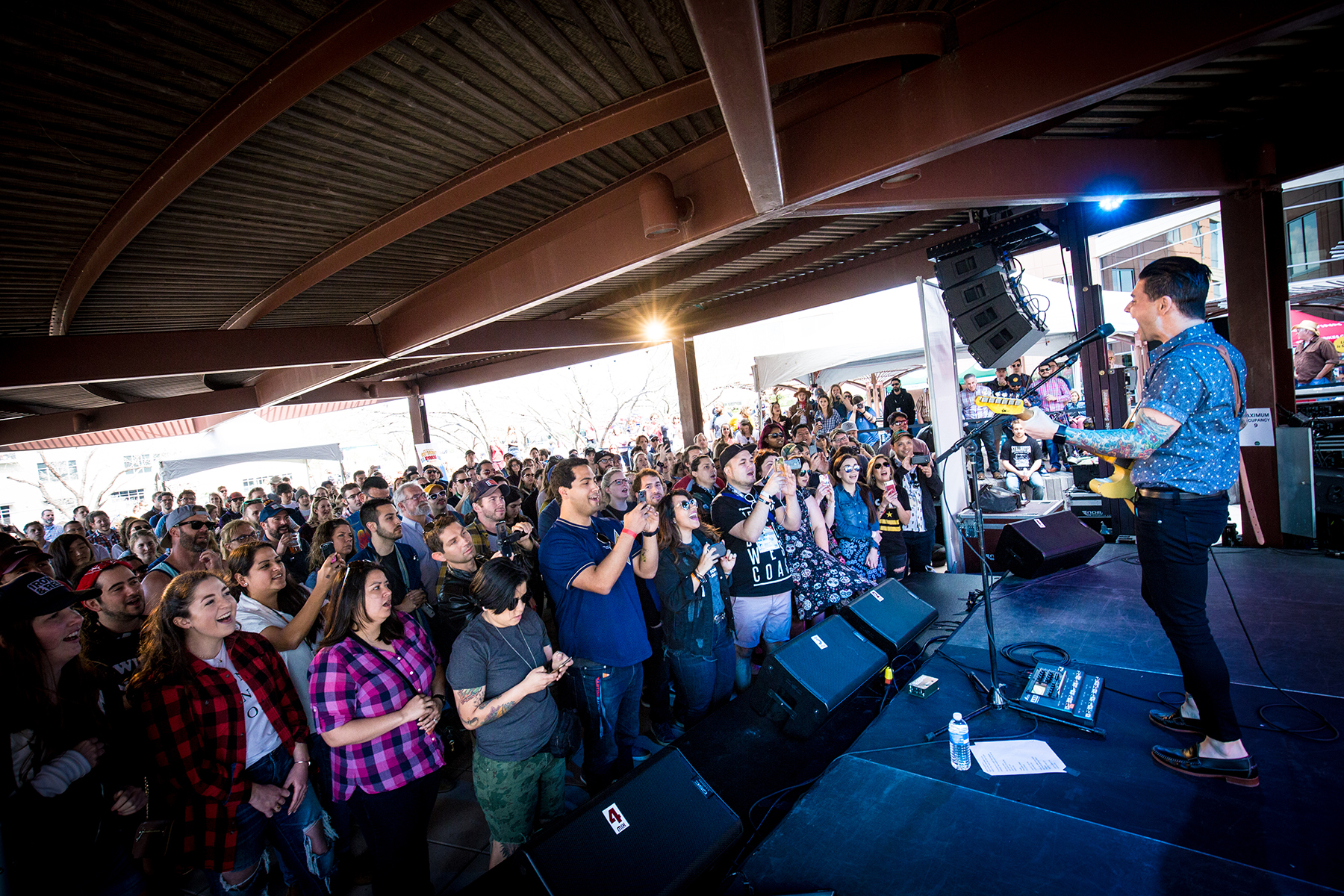 Another year (really??) and another Southwest Invasion under my belt. As readers may (or may not) know, I am the co-founder of Quantum Collective, an innovative marketing group that puts together original programs and live entertainment events. One of those events is Southwest Invasion, which takes place every March in Austin, TX. This year marked our seventh annual fest, and it was kind of sensational.

I did a Q&A for International Woman’s Day, which I think is worth a read because I talk about our ‘dream team’ that helps me put this whole big wonderful event together. But this blog is going to talk about the actual Southwest Invasion, which took place over three days, March 15-17, on the Whole Foods Market Downtown Austin Rooftop and played host to over 13,000 people coming to see 45 bands on two stages. This is an all ages event, so families were very much welcome, which is one of the unique things about us. Another unique aspect is that it’s free, and not only do we introduce people to new music but also cool brands that complement the philosophy of Southwest Invasion.

I spend a lot of time in the Green Room, because as one of the event Producers, I want to make sure everyone is getting what they need before going on stage…but I did catch a few performances including – 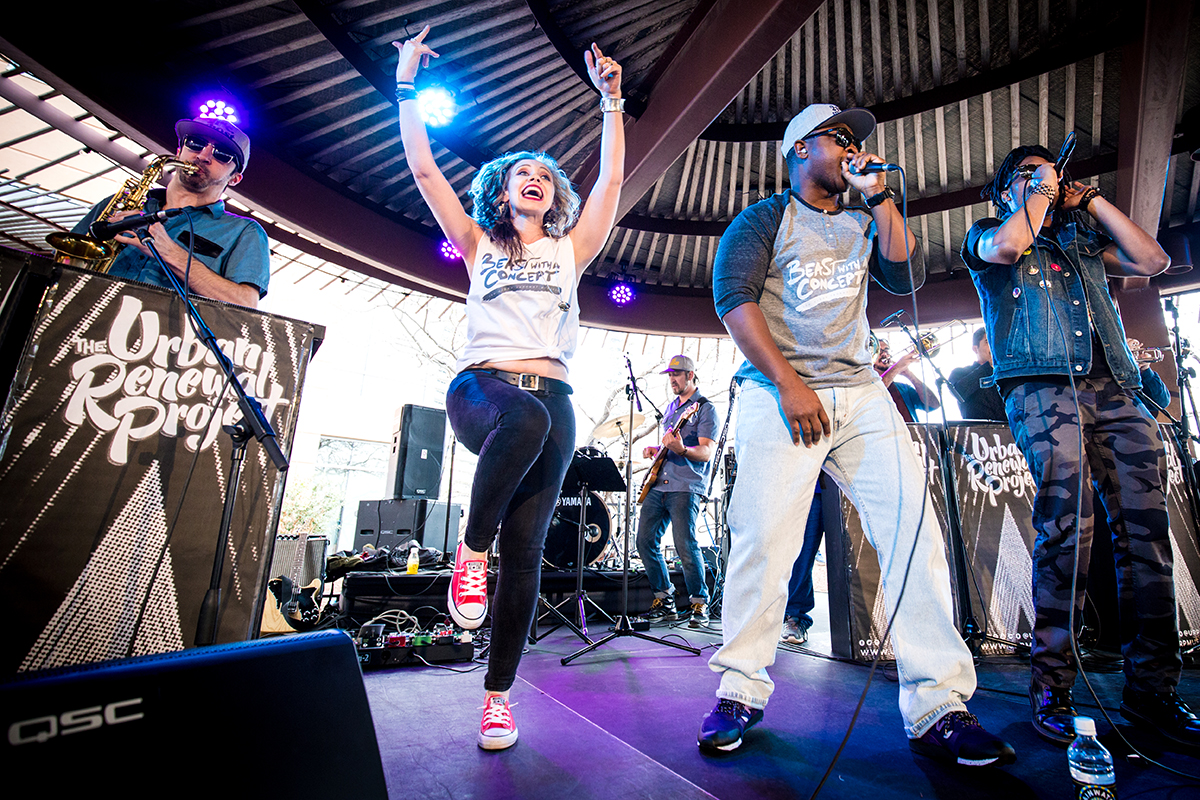 URBAN RENEWAL PROJECT– This band is a jazz meets pop meets rock hybrid of many influences that somehow come together in an amazingly cohesive sound! Funky, soulful, and rhythmic, their 21st CENTURY GHOST album is beautiful chaos. I also love the band name, as it’s very fitting for a Southwest Invasion act. We’re all about renewal, discovery of music and trying new things. 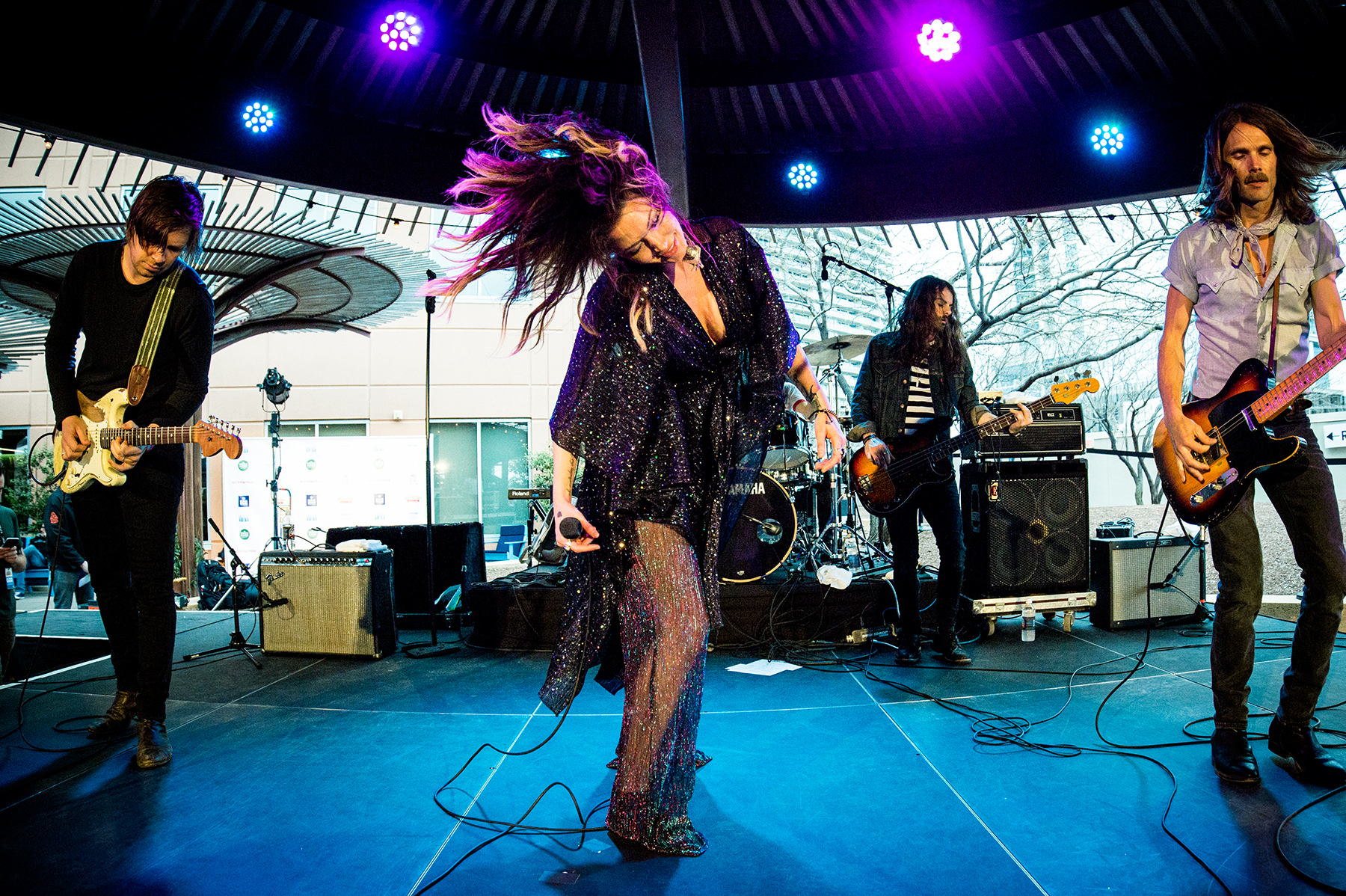 DOROTHY– I was blown away by her and her songs! The depth of her voice, her energy, her amazing band…Southwest Invasion also served as her album release party for her 28 DAYS IN THE VALLEY, so her producer, Linda Perry, was there as well. Of working with Perry, Dorothy said, “she pulled the lightness out of me, both personally and musically. This record is definitely still bold, but it’s happier.”

MELT– Our youngest band at Southwest Invasion, they were so emblematic of the spirit of the event. This group (7 guys and 1 gal) are all in college and did whatever they had to do to get to perform on our Homegrown Stage, including driving over 300 miles to Austin, TX and getting an Air B&B with no furniture. And after all of that, they sounded great!! 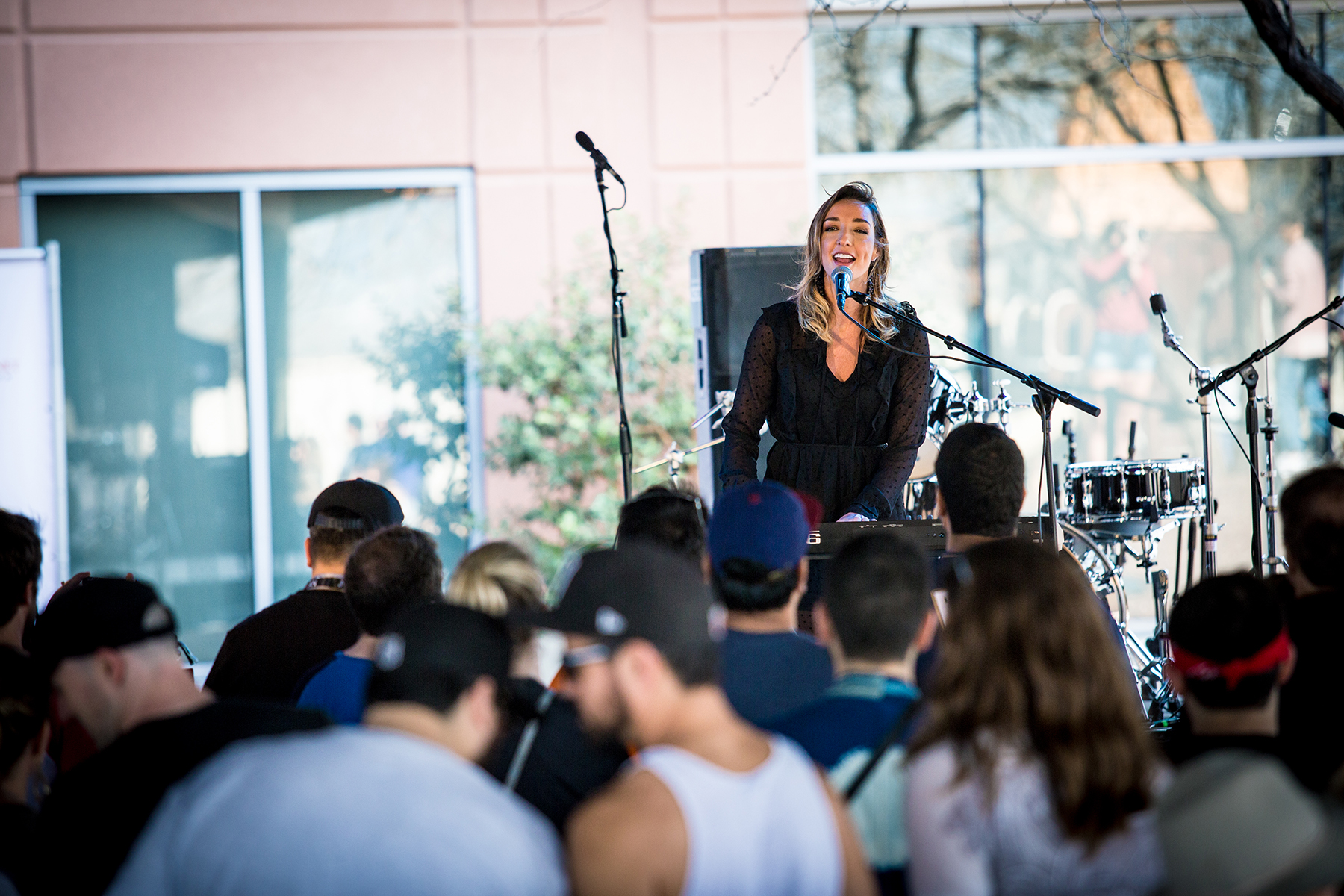 JENN BOSTIC– we’ve known Jenn a long time, she has performed at Southwest Invasion before, and is a Section 101 client, but this year she was our first ever Artist Ambassador for Whole Planet Foundation. She not only opened the show with a terrific performance but spent the three days speaking to people about Whole Planet Foundation, meeting with other performers, bringing them out on stage, speaking to sponsors, basically ambassador-ing (is that a word?) her way in to everyone’s heart.  Jenn did her own blog on her website about her experience. 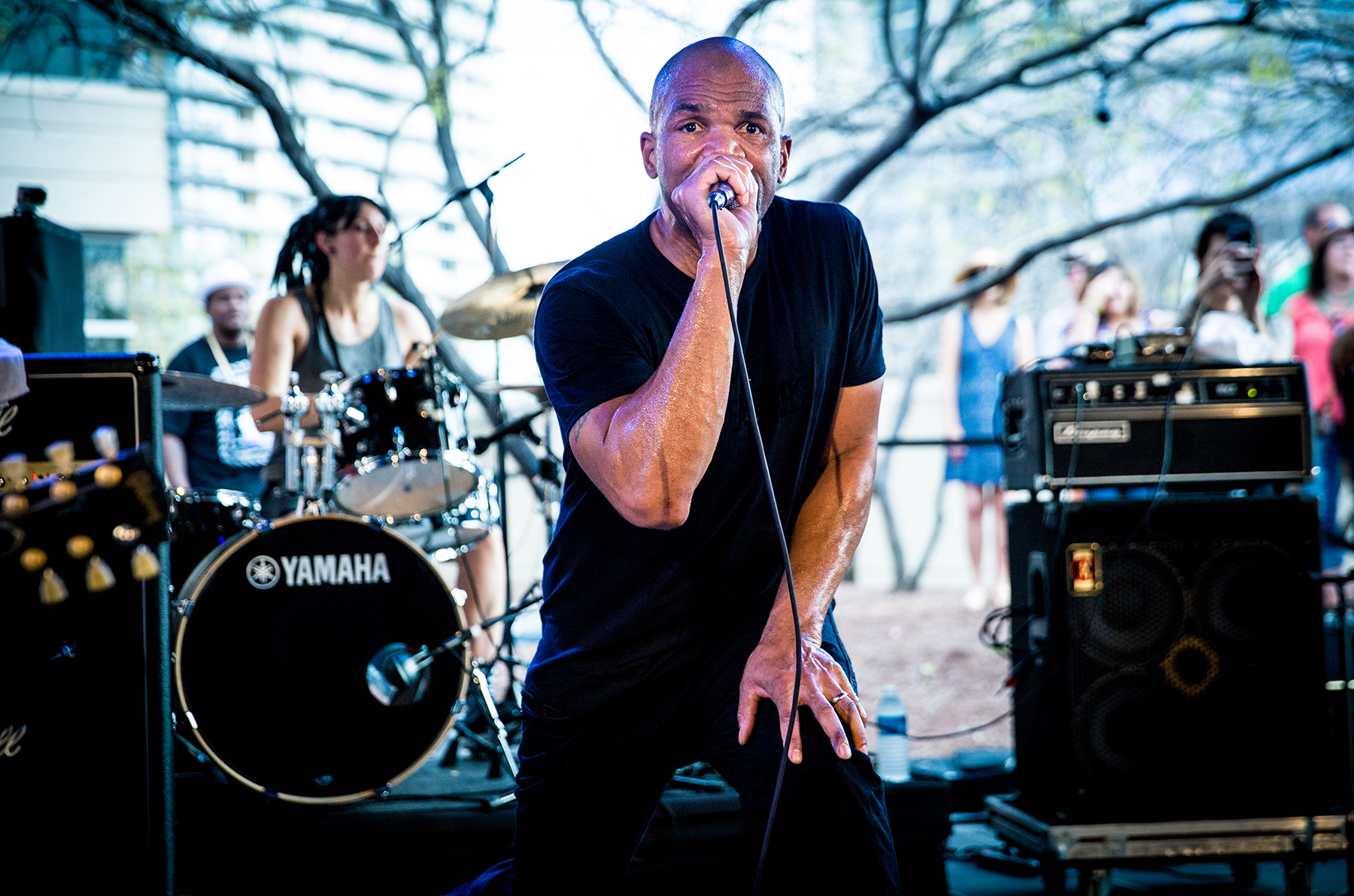 CHRIS CARRABBA & DMC– our two headliners were, in a word, amazing! Chris, of Dashboard Confessional, performed a stripped-down show on his own, accompanied by his guitar, on the first day. He was simply incredible. And what to say about DMC of RUN DMC? He must become a super hero as soon as he puts on those Adidas sneakers because his show was energetic, fun and exhilarating! 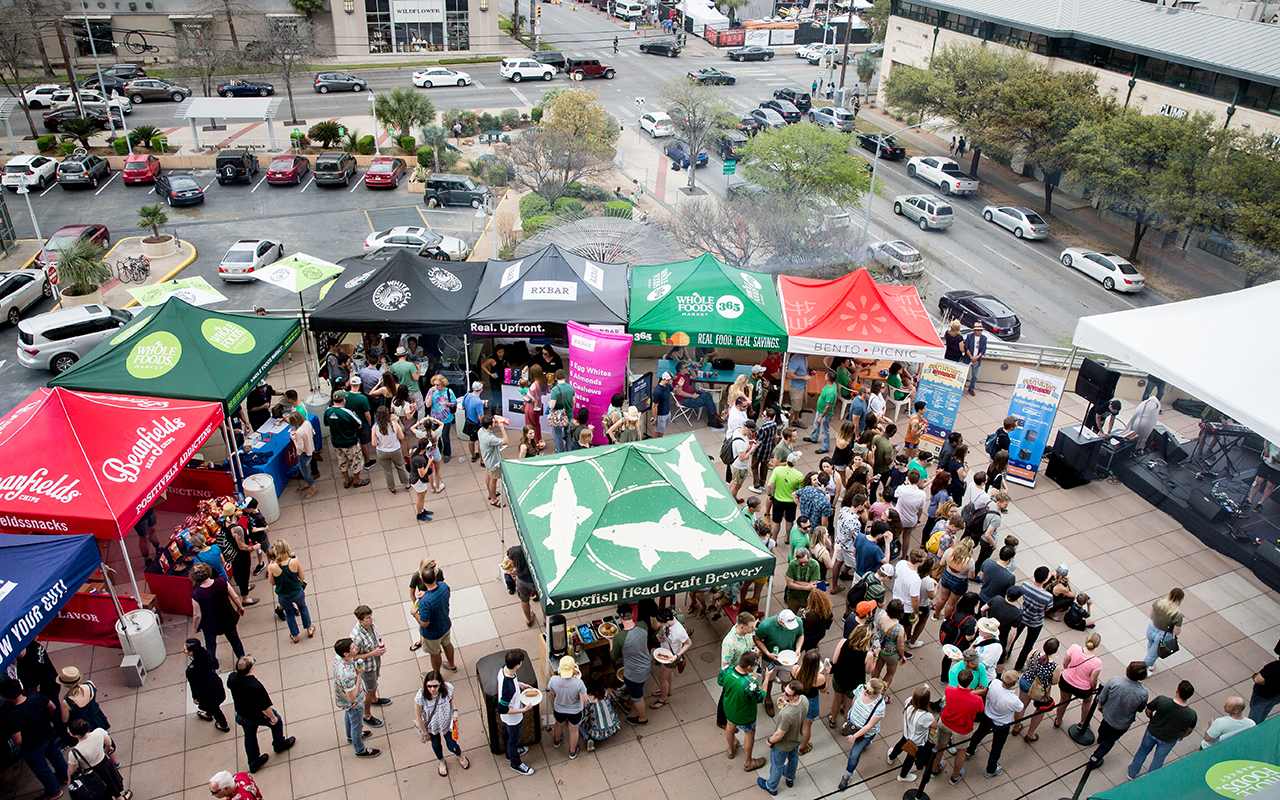 Of course, we couldn’t have pulled off what we did without our amazing sponsors which included Bento Picnic, an Austin based company that provides hand crafted, high quality healthy meals. Bento Picnic kept our artists, crew and Quantum Collective team fueled and happy! Schwinn returned again this year with their new electric bikes and had an amazing (and amazingly funny) “Stranger Things” lounge for attendees to relax at. Califia Farms was also back this year. Pretty much starting a farm on a California rooftop, this company’s success story is so inspiring as they branch from Almond Milk and Coconut Creamer to Cold Brew! Not to mention that 9am yoga class they led on the Whole Foods Market rooftop on the 2ndday! Health-Ade Kombuncha returned as well, keeping us all hydrated with a KEG of their amazing Kombucha…and where would we be without the audio provided by QSC?? Last year they just worked on our Homegrown Stage, but this year they did the entire event and it was seamless. They wrote their own piece about their Southwest Invasion experience, which you can read here.

I can’t say enough about what a great experience this year’s Southwest Invasion was. It is always a lot of hard work to get there, but once the “Dream Team” converge on Austin, we hit the ground running. The artists, the brands, the crew, the volunteers and the audience all come together to make this a truly special one-of-a-kind event. So now I can “relax” until June because really, March 14, 2019 is just around the corner…!