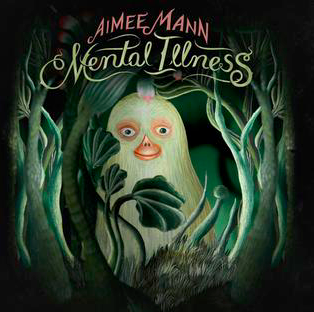 "Sad songs or introspective songs or songs about emotionally complicated things? I just love that. I didn't like anybody more than Elliott Smith, and that was some dark stuff.”

Mann was nominated for Best Folk album at the 2018 Grammys along with Laura Marling, Offa Rex, The Secret Sisters and Cat Stevens. The Folk Album Grammy was added in 2012 and this is Aimee’s first win in this category. Mental Illness, her ninth album, had fans and critics alike singing its praises, with the New York Times saying “Mental Illness” wallows in its troubles, and it’s an exquisite wallow.”  This is Aimee’s 2nd Grammy Award.

She wasn’t there to collect her award however, as she is currently on tour and was in Cleveland during the Grammy telecast.  Her reaction was perfect Aimee, joining opening artist Jonathan Coulton on stage to say how she found out she won by reading some tweets. "The first tweet that I read was, "I don't really like sad, slow, depressing music, and you know, the Cat Stevens record was more my jam, but congratulations.”