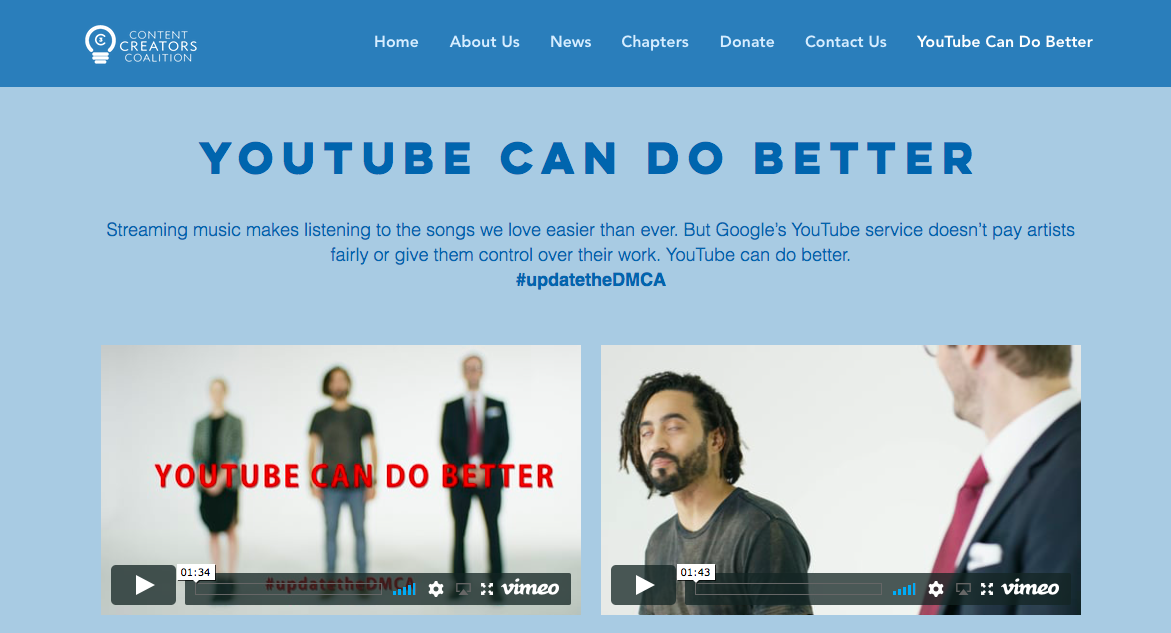 A new campaign created by C3 (Content Creators Coalition) called “YouTube Can Do Better,” features a businessman as “YouTube” and a young man as the “Musician.” The spot has been devised to show how unfair the revenue split is between YouTube and the creator and is designed get the Google property to increase the ad revenue split with musicians. The first video, “Pennies vs. Dollars,” was uploaded on Oct. 25 and YouTube admitted to suspending it in less than 48 hours.

C3, the artist-led coalition, whose members include David Byrne, Roseanne Cash and T Bone Burnett, was quick to respond. “After two days of widespread press coverage of our artist-driven campaign to pressure Google into treating artists more fairly, you suspended and are now censoring our account.” Wisely, someone sensed this tact would make YouTube look even worse in the eyes of people who support fairness and equity, and three hours after the video’s suspension C3 received an email from Google saying the spots were eligible to run.

Not taking any chances, C3 premiered their next clever video on Vimeo. Watch it here.

And you can watch all the videos here.

PS - Funny what can pass through the YouTube censors. Read this recent New York Times article highlighted some inappropriate videos that made its way on to YouTube Kids...