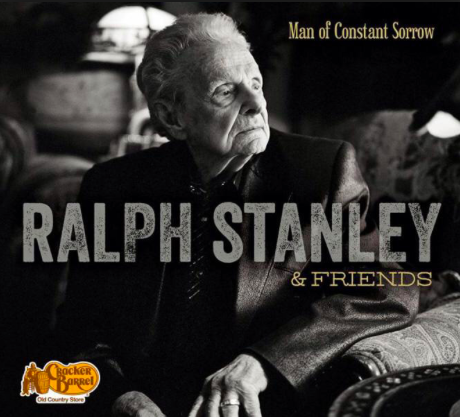 Bob Frank Entertainment’s Red River Entertainment has an incredible bluegrass album, Man of Constant Sorrow, by influential artist Ralph Stanley. Known as “Dr. Ralph,” Stanley, who passed away in June 2016 at the age of 89, formed his band, the Clinch Mountain Boys in 1946 and never stopped playing his banjo. Man of Constant Sorrow, his last, was initially released exclusively at Cracker Barrel Restaurants. Known as “a towering figure of American roots music,” Ralph should be in every music lover’s collection.

Movie lovers know the track “Man of Constant Sorrow” from the film O Brother, Where Art Thou?, which introduced Stanley to a new audience. The three-time Grammy winner, Grand Ole Opry and International Bluegrass Hall of Honor inductee recorded the album of the same name with his band and some good friends including Dierks Bentley, Elvis Costello, Robert Plant and Lee Ann Womack. Though the then 87-year-old Ralph handed off some of the lead vocals, it is, as Bluegrass Today said in their review, “a Ralph Stanley project from start to finish, with the raw energy and unbridled emotion that we’ve come to expect.” The album reached #1 on the Billboard Bluegrass chart.