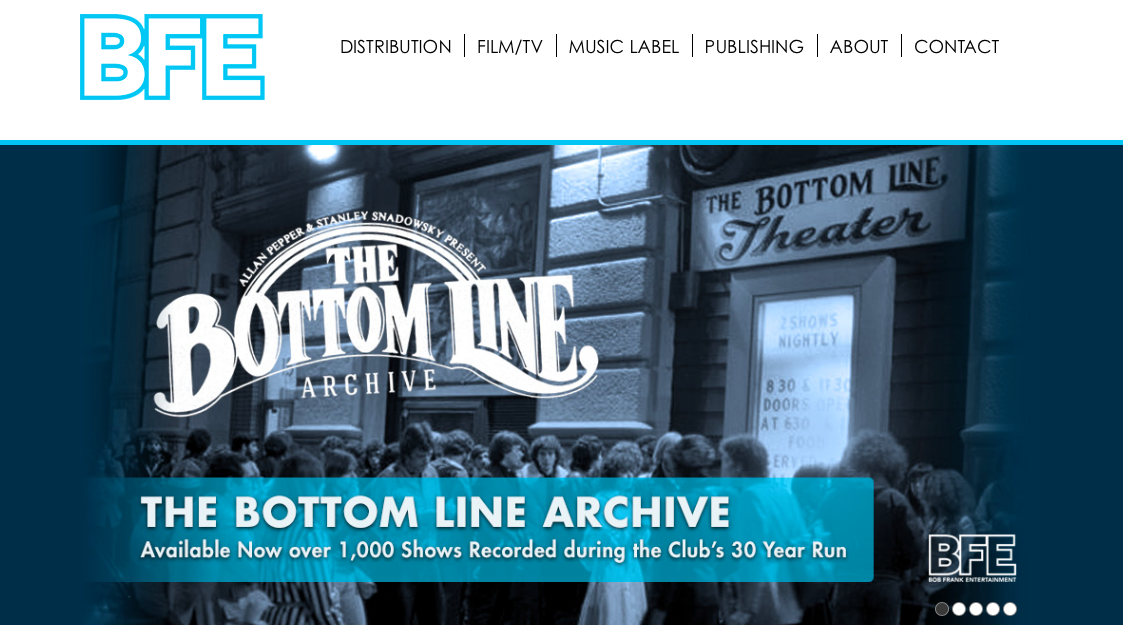 Section 101 is pleased to announce the launch of the Bob Frank Entertainment website at https://bobfrankentertainment.com.

Long time entertainment executive Bob Frank started his own company in 2012 after many years in the music industry, from his stint at PolyGram Records, to co-founding the Koch Entertainment music label, and then co-founding Quello, a streaming video on demand service, Bob Frank has left an indelible mark on the industry.

The new website separates all the businesses that comprise BFE to let the user discover each of the unique properties and the artists/companies associated with it. To give you a sense of how far reaching Bob Frank Entertainment is, they distribute the entire Bottom Line Archive, which contains 1,000 shows recorded over the club’s 30 years. The Bottom Line, once an essential tour stop in New York City, played host to an incredible array of musicians during its tenure on Fourth Street. From Pete Seeger to Harry Chapin to Janis Ian and more, Bottom Line Archives is a true treasure trove of music. Check out https://bobfrankentertainment.com and immerse yourself in sound!