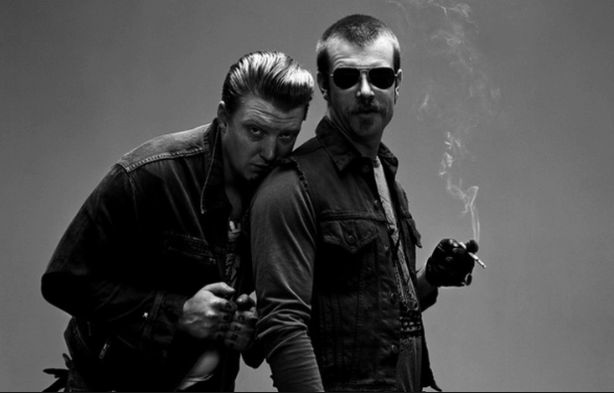 Section 101 client Eagles of Death Metal will resume touring Europe in support of their album, Zipper Down.  The European dates, which includes a show at the Olympia in Paris, kick off February 13 in Stockholm, Sweden.

Since the horrifying attacks in Paris at the Bataclan, where Eagles of Death Metal were performing on November 13, the band has moved forward with two charitable endeavors:

Eagles of Death Metal co-founders Josh Homme and Jesse Hughes requested that artists cover their song “I Love You All the Time” as part of the ‘PLAY IT FORWARD EODM’ campaign. For each track sold, the band will donate all of their publishing income to The Sweet Stuff Foundation, dedicated to giving assistance to career musicians, recording engineers and their families struggling with illness and disability. Artists covering the song include Florence + The Machine (feat. The Maccabees), My Morning Jacket, Mini Mansions (feat. Arctic Monkeys’ Alex Turner), Jimmy Eat World, Imagine Dragons, Kings Of Leon, Savages and Dean Ween Group. Visit http://playitforwardeodm.com/ for full artist listing.

In addition, in response to a fan-generated campaign to get EODM’s version of Duran Duran’s “Save a Prayer” to #1 on the UK charts, lead singer Simon Le Bon announced via Twitter that Duran Duran will donate all of the proceeds from their publishing to a charity that promotes world peace and tolerance.  You can watch Eagles of Death Metal perform “Save a Prayer" with Duran Duran on the UK show TFI Friday here.