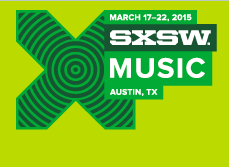 SECTION 101 IN FIRST ROUND SESSION SELECTION AT SXSW!

Section 101is pleased to announce that company CEO Liz Leahy will once again be moderating a panel at this year’s SXSW Music Conference, which takes place in Austin from March 17-22nd, 2015.

Liz is no stranger to SXSW having moderated, and curated, 2010’s Getting a Digital Ass Kicking?, 2011’s Fan Analytics for Dummies, 2012’s On the Web, Biggest Opportunities that Others Miss,  2013’s The Brand Called YOU: A New Take on an Old Theme and 2014’s Courting Your Fans, How to Make the Romance Last. This year’s topic is Indie Artists: Commercials, TV & Film Placements Aren’t Just for the Big Kids Anymore. How does an independent artist get their song placed in a commercial, movie or a TV show? Who do you need to connect with? Can you compete with major labels? This panel will feature experts who will tell you what steps to take, which ones to avoid, how your band website can play a part in your success, and how exploring non-mainstream placements can pave the way to a pot of gold!

Section 101 is also a founding member of the Quantum Collective, an innovative music marketing company that brings artists and consumer brands together through inventive programs and lives events. Watch this space for the 2015 announcement of their event during SXSW week!