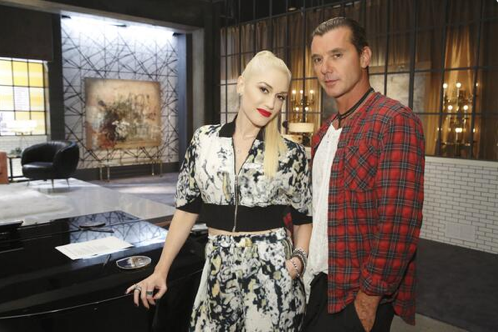 Section 101 client Gavin Rossdale will debut as a mentor to “Team Gwen” on the October 14th episode of NBC’s hit The Voice. Rossdale’s wife, and current judge, Gwen Stefani made the announcement at the end of the blind auditions on October 7th.

While Stefani admitted in the press to being nervous to work with Gavin, he had the opposite reaction: “Actually, it was really, really so much fun. If I do (something) on my own, I'm under a lot of pressure and it's a great team spirit, but generally you have that emotion to yourself. So, it was really nice to share that pressure with her."

Section 101 powers the website for Gavin’s band BUSH at https://bushofficial.com. The band will release their sixth studio album, Man on the Run, on October 21st.  If you pre-order the album on iTunes, you will automatically get a download of the song “Loneliness is a Killer Now.” You can watch the video for BUSH’s latest single, “The Only Way Out,” here.