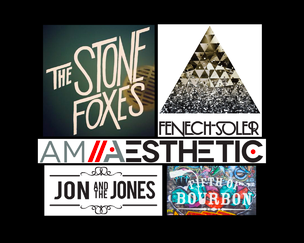 Section 101, the premier online platform for television, arts, entertainment, music and band websites is pleased to announce our sponsorship of The Climax Showcase taking place during CMJ week in New York City.

The CMJ Music Marathon begins on October 21st and goes through October 25th, with over 1,300 bands performing at over 80 venues in and around the New York metropolitan area. The conference kicks off at NYU in Greenwich Village with informative panels and terrific speakers during the day – as well as some on site performances – and amazing showcases in the evening. Section 101 is sponsoring The Climax Showcase with Digital Daruma, BHi Music Group and NY Gigs.  The show is on Saturday, October 25th at The Cutting Room at 44 East 32nd Street, and is free to badge holders as well as open to the public. Tickets are $15.

The eclectic line-up features amazing music including AM/Aesthetic, who were recently named “Discovery of the Week” by Last.fm, Section 101 client Fifth of Bourbon, whose new EP, CASK, will be out in November, San Francisco based rockers The Stone Foxes, Fenech Soler, who is distributed by Section 101 client, Caroline and just wrapped up a well-received Los Angeles residency and Jon and the Jones, whose standing-room-only New York shows has created considerable buzz for their debut LP coming in 2015.