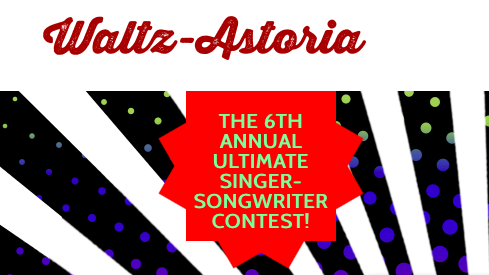 Section 101, a New York based company that delivers a dynamic web-based solution by providing simple and effective tools for music brands to create their own website is pleased to announce that Senior Director of Client Services, Rebecca Calejo, will be a judge at this year’s Waltz-Astoria Ultimate Singer-Songwriter contest, January 23-26th.

The Ultimate Singer-Songwriter competition, which takes places yearly in Astoria, Queens (New York) is now in its 6th year. Hosted by Pedro Gonzalez and his wife Song, who own the arts based Watlz-Astoria café, the competition has grown from an open mic night to an event that unknown performers from all over the US hope to be a part of.  Over 200 artists sent in video of their performances, which have been narrowed down to 60 slots over 4 nights.  The performances, which are open to the public, begin each night at 6pm.

Rebecca began her entertainment career at Section 101 and worked her way up to Senior Director of Client Services. She oversees all the premium clients on the Section 101 platform, including Pentatonix, Aimee Mann, Duran Duran, BUSH, Jonatha Brooke and more. She will be joined by a panel of judges that include Section 101 client Jimmy Lloyd of the NBC late night show “The Jimmy Lloyd Songwriter Showcase,” Joseph Miller, a music coordinator for CBS Sports, publicist Lily Golightly, Music Xray’s Mike McCready and Sylvana Joyce, last year’s winner.

The top performers from the first three nights, who must perform songs they’ve written and composed themselves, will go up against one another on the 26th, competing for the recognition, performance slots at Waltz-Astoria, Studio time and a $1,000 cash prize.