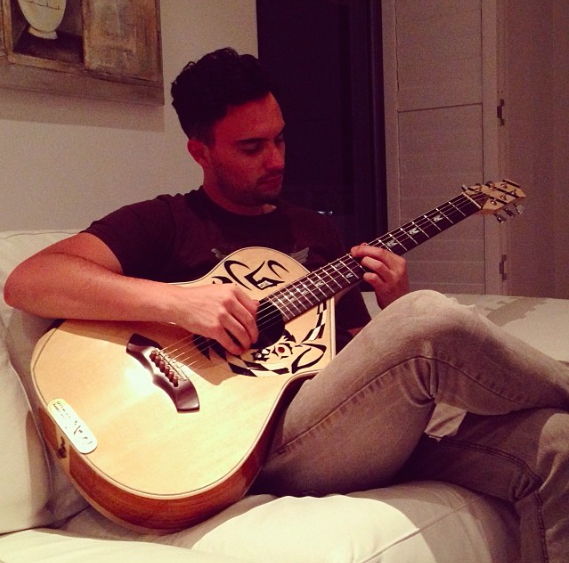 Section 101, a New York based company that delivers a dynamic web-based solution providing simple and effective tools for music brands is pleased to announce the re-launch and re-design of singer-songwriter Jesse Clegg’s website.

Jesse is South African royalty, the son of the legendary world music singer Johnny Clegg. Born in Johannesburg, Jesse went on tour with his father from the age of six months. He is featured on the cover of his father’s 1988 album Cruel, Crazy Beautiful World.

Jesse’s style is different than his dad’s; his last full-length release, 2011’s Life on Mars, was produced by Grammy winning producer Dave Bottrill (Tool, Placebo, Muse), giving the album a more alternative edge. He has recently released a new single, “Sinking,” which Jesse wrote while in the US on tour. Darryl Tor produced the single, marking their first collaboration, though they’re planning to work on new material in the New Year. Jesse is currently on an ‘Unplugged’ tour of South Africa, where critics are fully appreciative of both his guitar playing and songwriting, and it seems the young ladies are appreciative of his good looks!

His new DIY website, powered by Section 101, was launched this week and Clegg couldn’t be happier, Tweeting, “Check out my brand new and improved website, redesigned by Section101. U guys rock!” Jesse put the entire site together with great ease using Section 101’s templates and simple guide. He was back on line, with an amazing looking website, within days. Additionally, site visitors who register their email address on Jesseclegg.com will receive a free song download as a ‘thank you.”